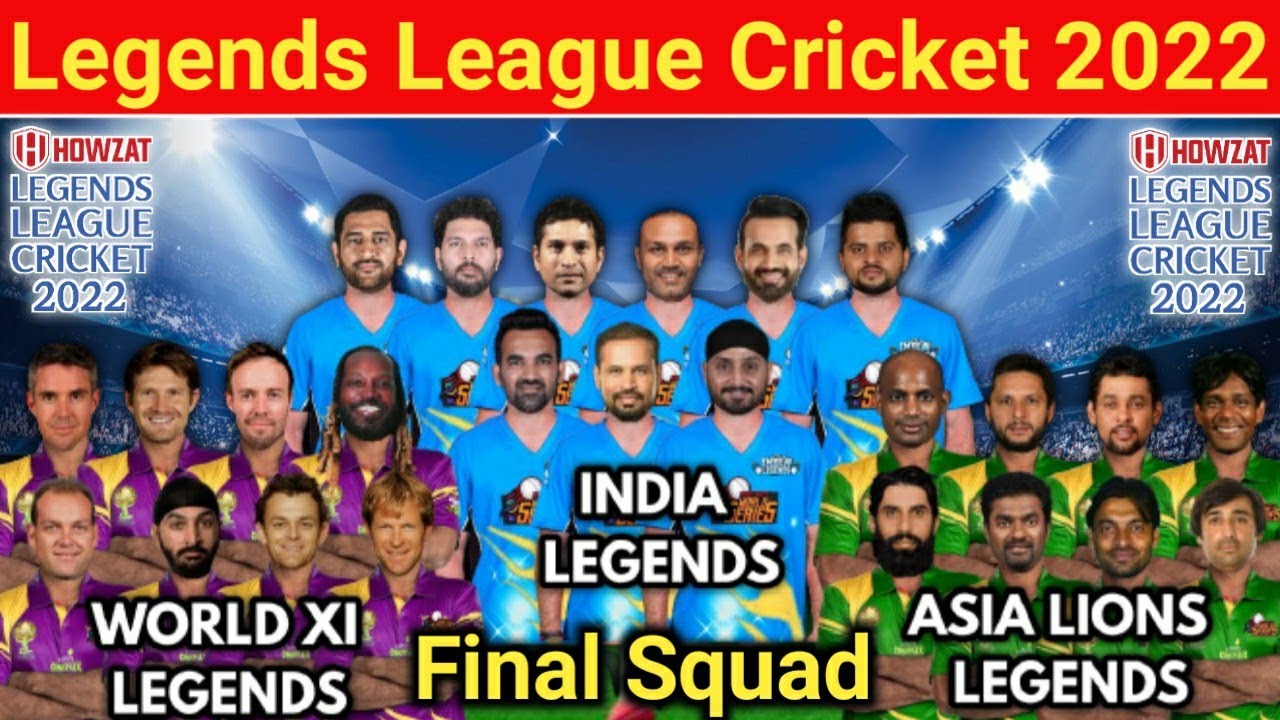 The brand Ambassador of Legends League Cricket is Amitabh Bachchan and he has previously ongoing promoting the league on his social media app. The king of cricket is Sachin Tendulkar was probable to be a part, has pulled out of Indian Squad. Here are the names of all players of all three teams in this season of Legends League Cricket 2022 Team List

This List will help you to make your plans for watching Legends League Cricket 2022.

Three different teams which feature diverse players from the world of cricket – India Maharajas contain ex- Indian Cricketers from Virender Sehwag to Yuvraj Singh. even as Asia Lions include other players from the subcontinent like Shoaib Akhtar to Sanath Jayasuriya.